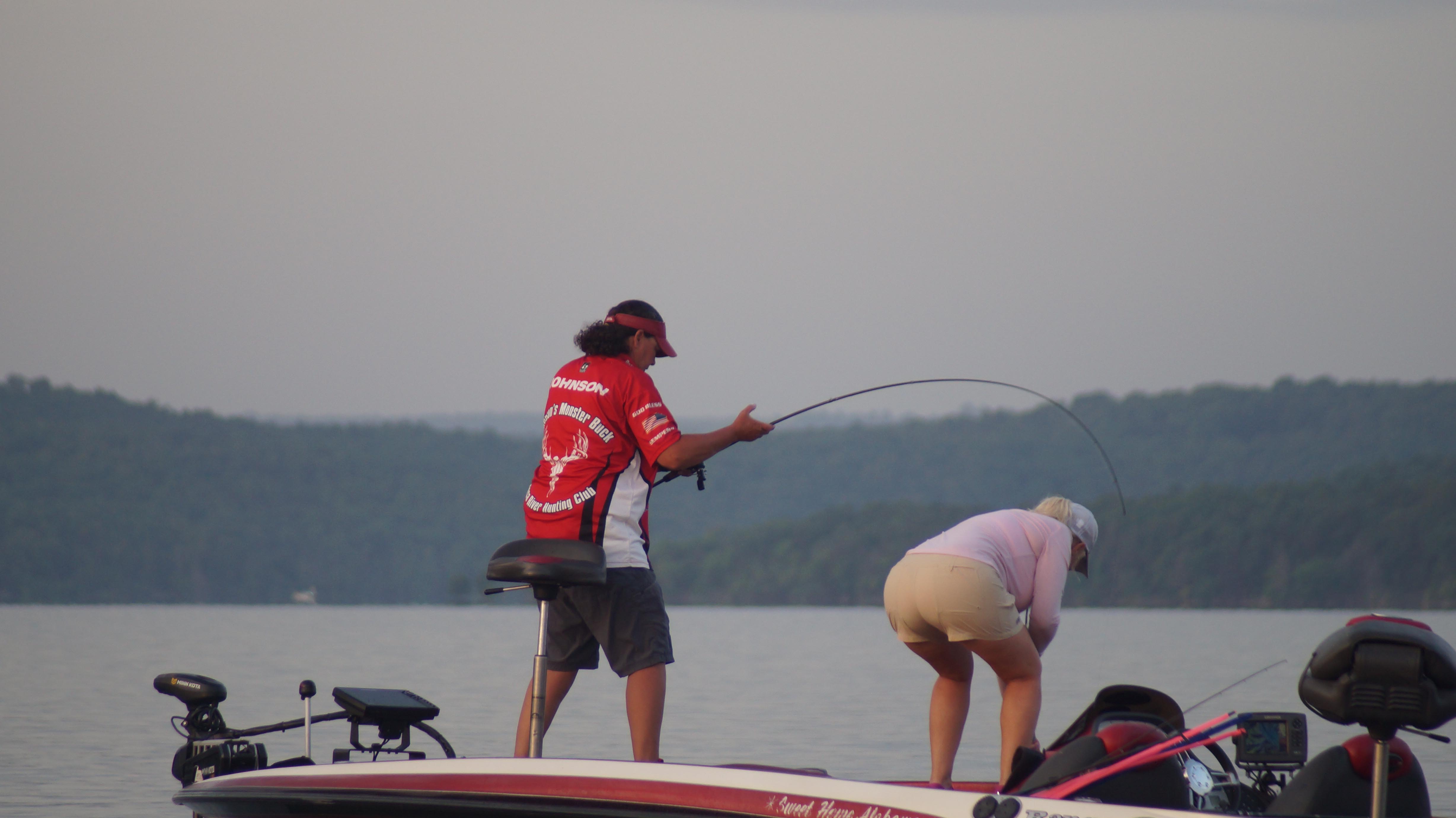 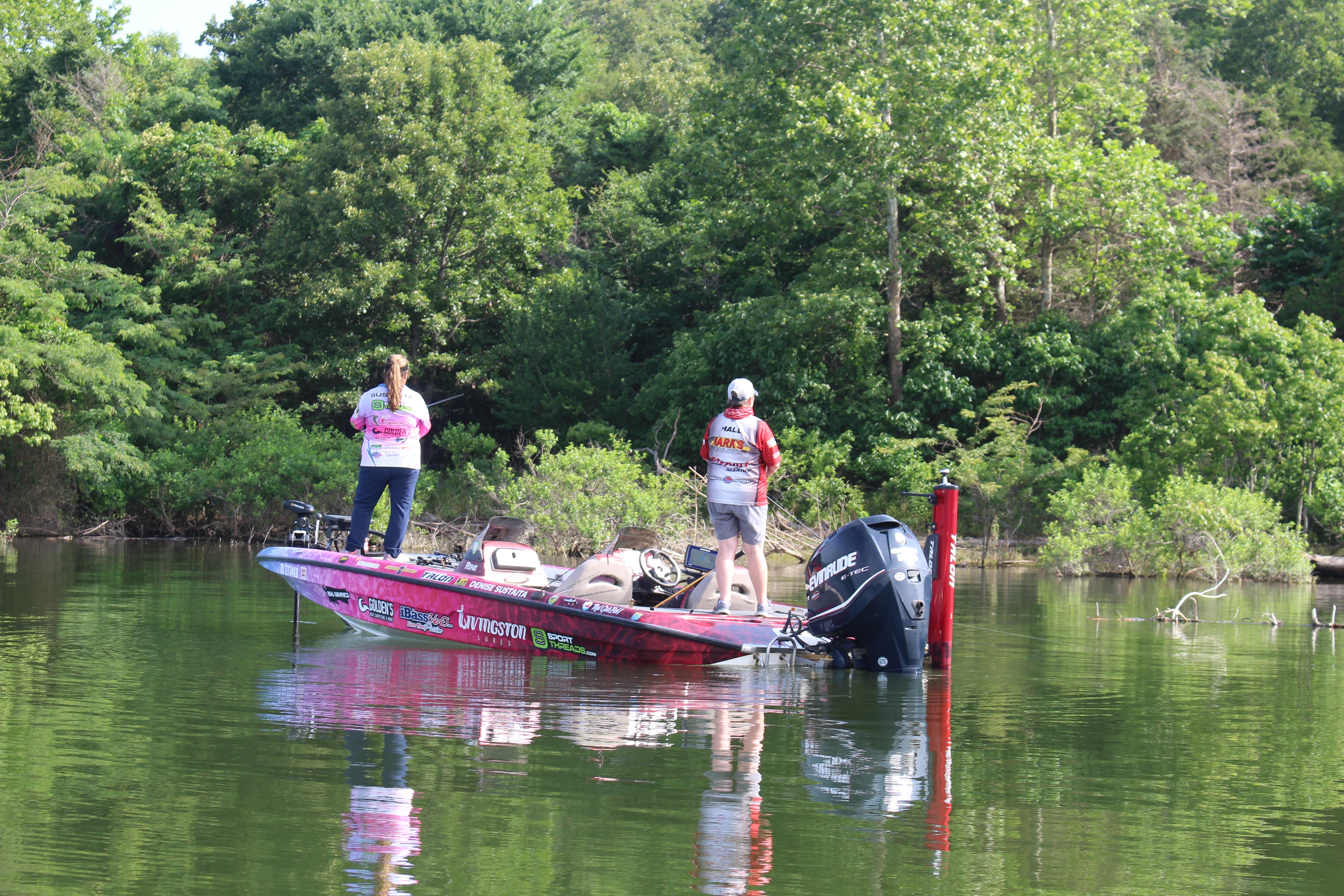 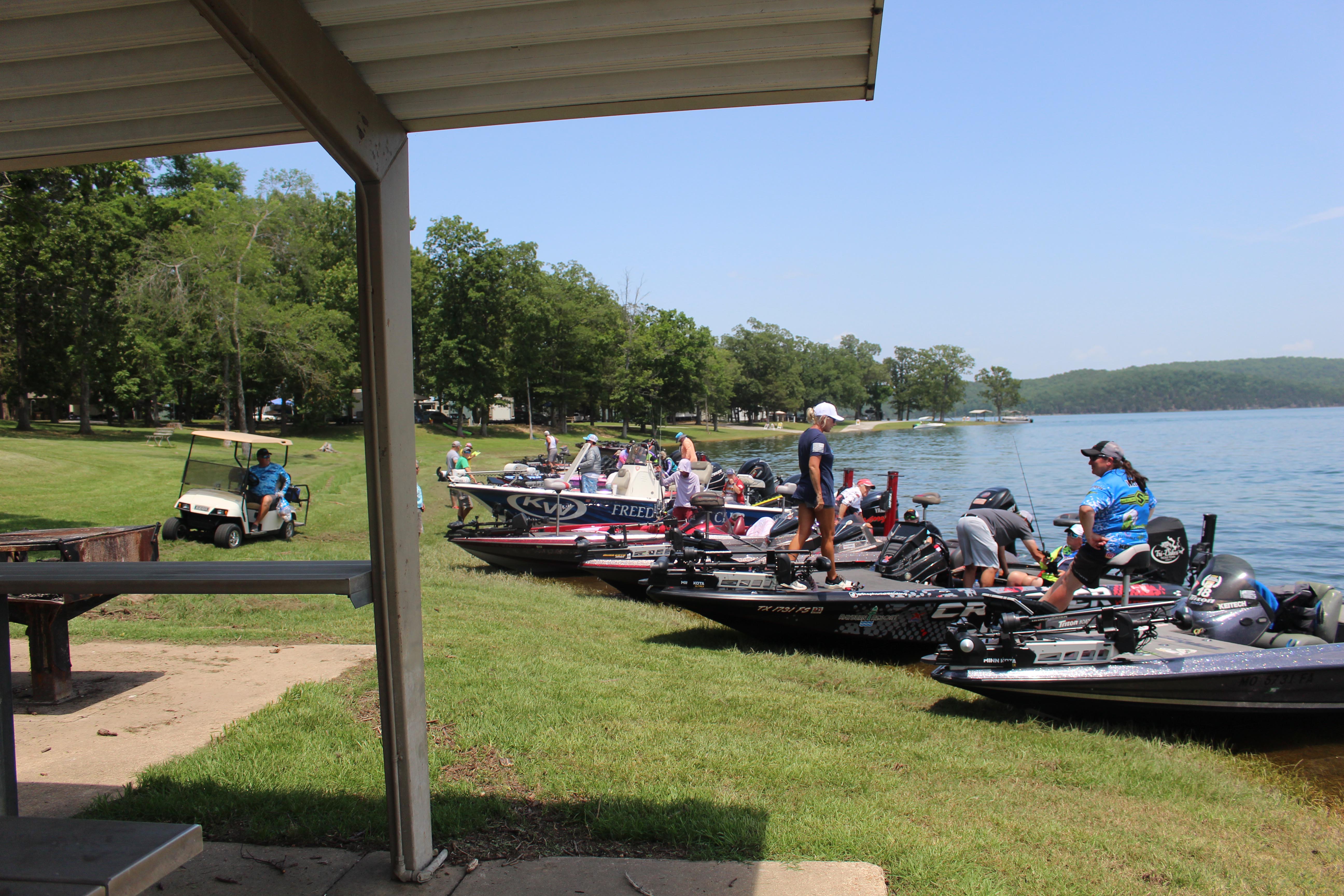 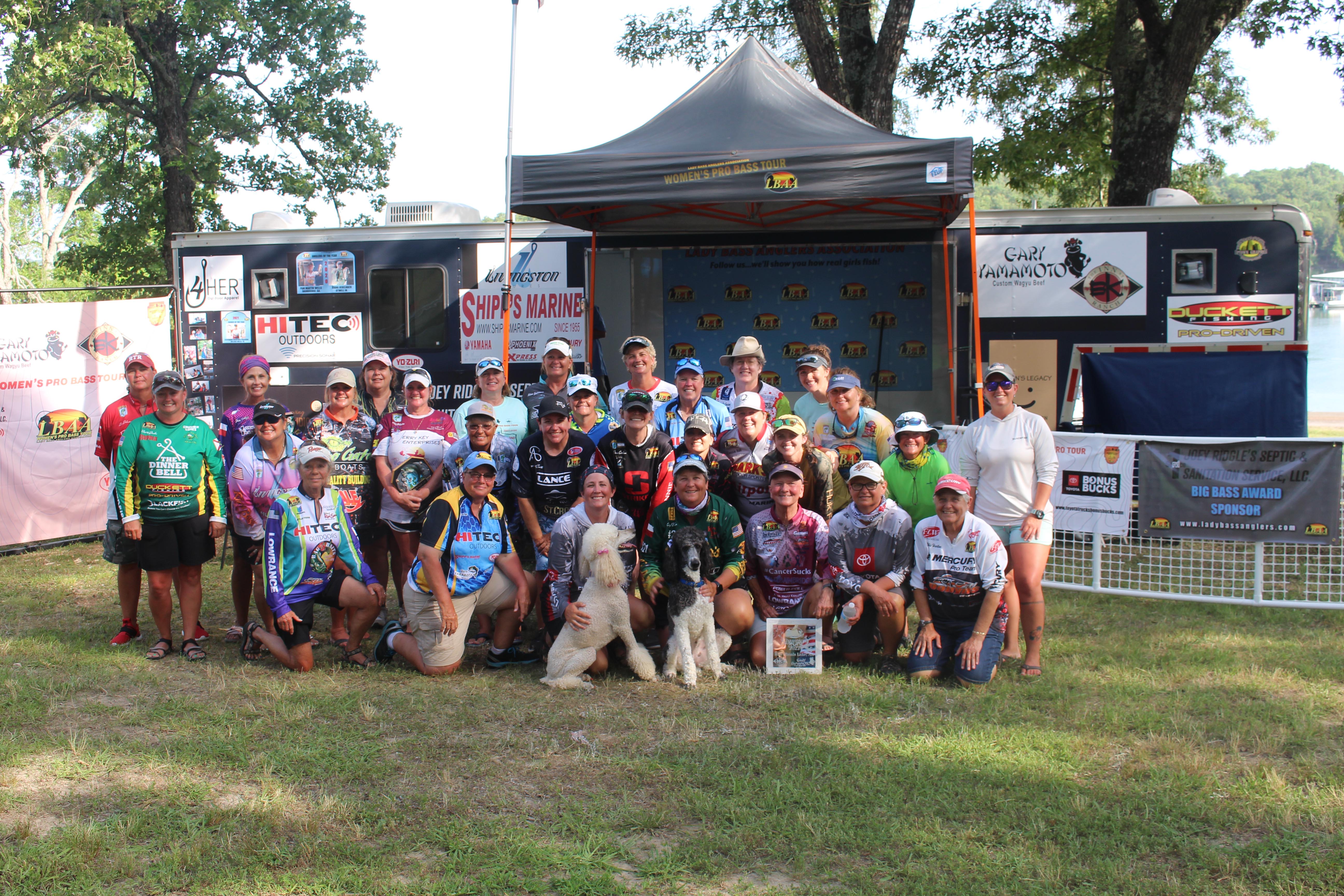 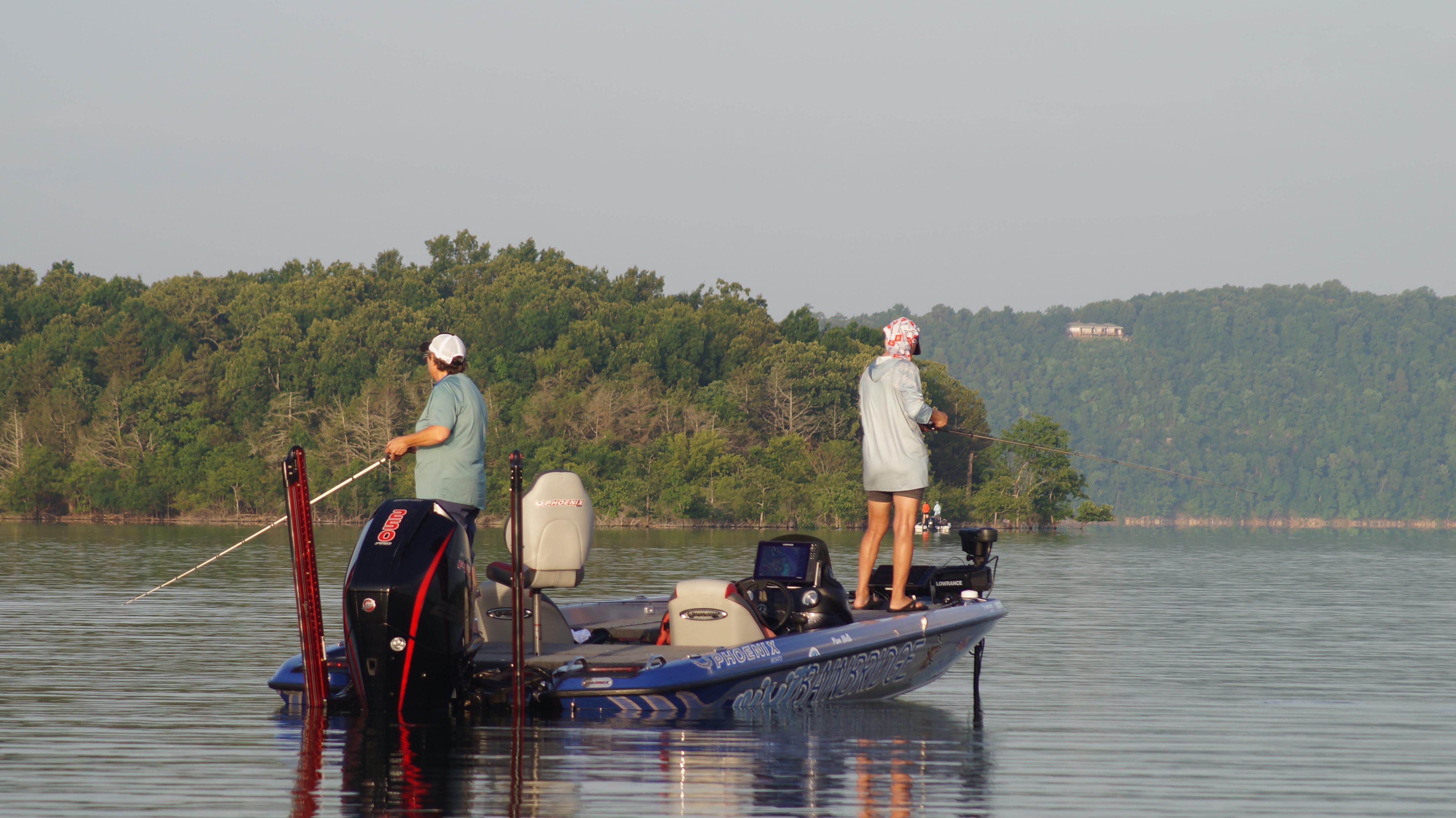 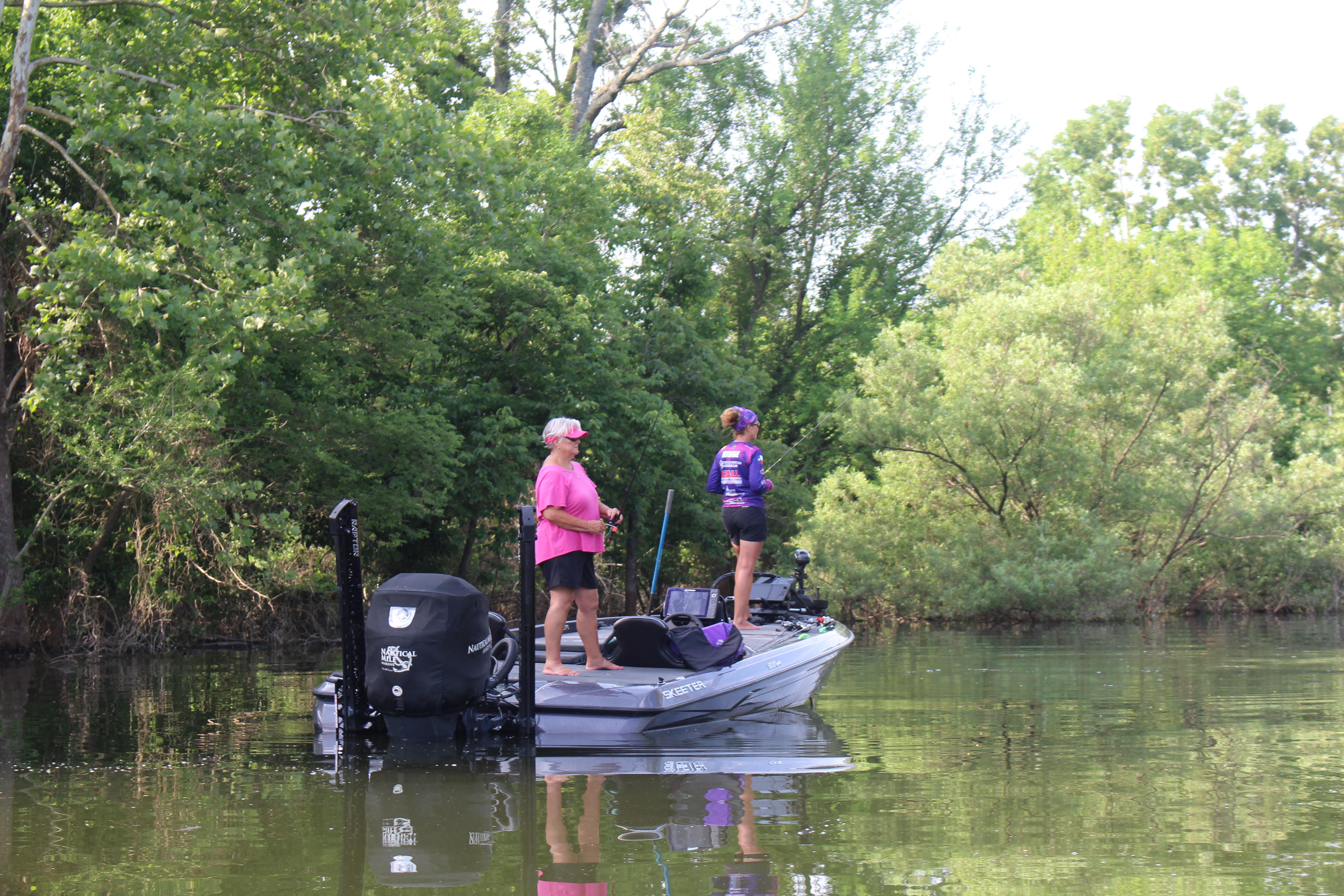 The Lady Bass Anglers Association finished off stop number two of the 2021 season on Hickory Lake in Hickory, North Carolina.

As the anglers prepared for the trip to Hickory, they expected the fish to be two weeks behind schedule in the spring pattern.

As with any event, weather plays into the planning and exucution. Also playing into the mix would be past experience. Arkansas Pro Robbie Hartline used her past experience on Hickory to work hwer way into the top slot on day one and to hold off the charging pack on day two. Slow and steady was the key to Robbies success. “I downsized and slowed down.” I was fishing some of the same waters as other anglers. I would shift to a different side of the area, let the area they were fishing rest and then go in and fish slower.” Robbies two day weight was 21.24 lbs. She also earned the Joey Ridgle’s Septic and Sanitation LLC Big Bass award for her 4.86 lb bass.

Pam Ridgle of Texas surged from fourth on day one to finish in second place for the second event in a row. Her two day weight was 19.11 lbs. Rounding out the top five are Georgia pro Pam Martin-Wells in third; Chihowie, VA Rookie Pro Amanda Huff in fourth and North Carolina Pro Monica Altman in fifth place.

In the Co-Angler Division, Diana Uebelhack of Otwell, Indiana surged past Alabaster, Alabama’s Cassie Hall to win the Hickory event. Uebelhacks two-day weight was 13.29 lbs. Diana’s bag was topped off with her Joey Ridgle Septic and Sanitation Big bass tipping the scale at 3.57 lbs. Hall’s two-day weight was just shy with a total of 13.10 lbs! Rounding out the top five you have Texas angler Brooke Johnson in third; Alabama angler Sherry Jacks in fourth and in fifth is Lynette Fitts of Texas!

Please visit our website at www.ladybassnaglers.com for the full results and to see our Hickory Lake Digital Magazine.

While the anglers and fans were awaiting the official results, spectators were provided with a ticket. Ten lucky winners walked away with a brand new Livingston Lure! Other awards included the Vickie’s Threadworks Tiny Bass Awards that went to Ann Carrol on the Pro side and Renee Key-Johnston on the Co-anglers side. First out of the money in each division received $150 Yo-Zuri gift packs. Those anglers were Amanda Huff and Sherry Jacks Toyota Bags were awarded to the second out of the money and these awards went to Monica Altman and Lynette Fitts. The final awards were to the smallest bags in each division. These awards went to Shannon Wells on the Pro side and Brooke Johnson on the Co-angler side if the event. These awards were provided by Bass Reaper Baits.

In the final twist of the day, several anglers met a young man at the ramp and collected a fishing goodie box filled with various fishing items from anglers on the tour!
Our final event of the weekend was a partnership with Pond Hopper Nation to bring a free kid’s event to the area. With not so favorable weather, we were excited to see a dozen kids and families show up at Wittenburg . Every kid who attended walked away with a free rod and reel and some sort of gifts that had been donated by sponsors of Pond Hopper Nation.
Special thanks go to the Hickory Sports Commission for inviting us and sponsoring this event. Another round of thanks goes to Hickory CVB for thier support Our host hotel was the Best Western of Hickory.