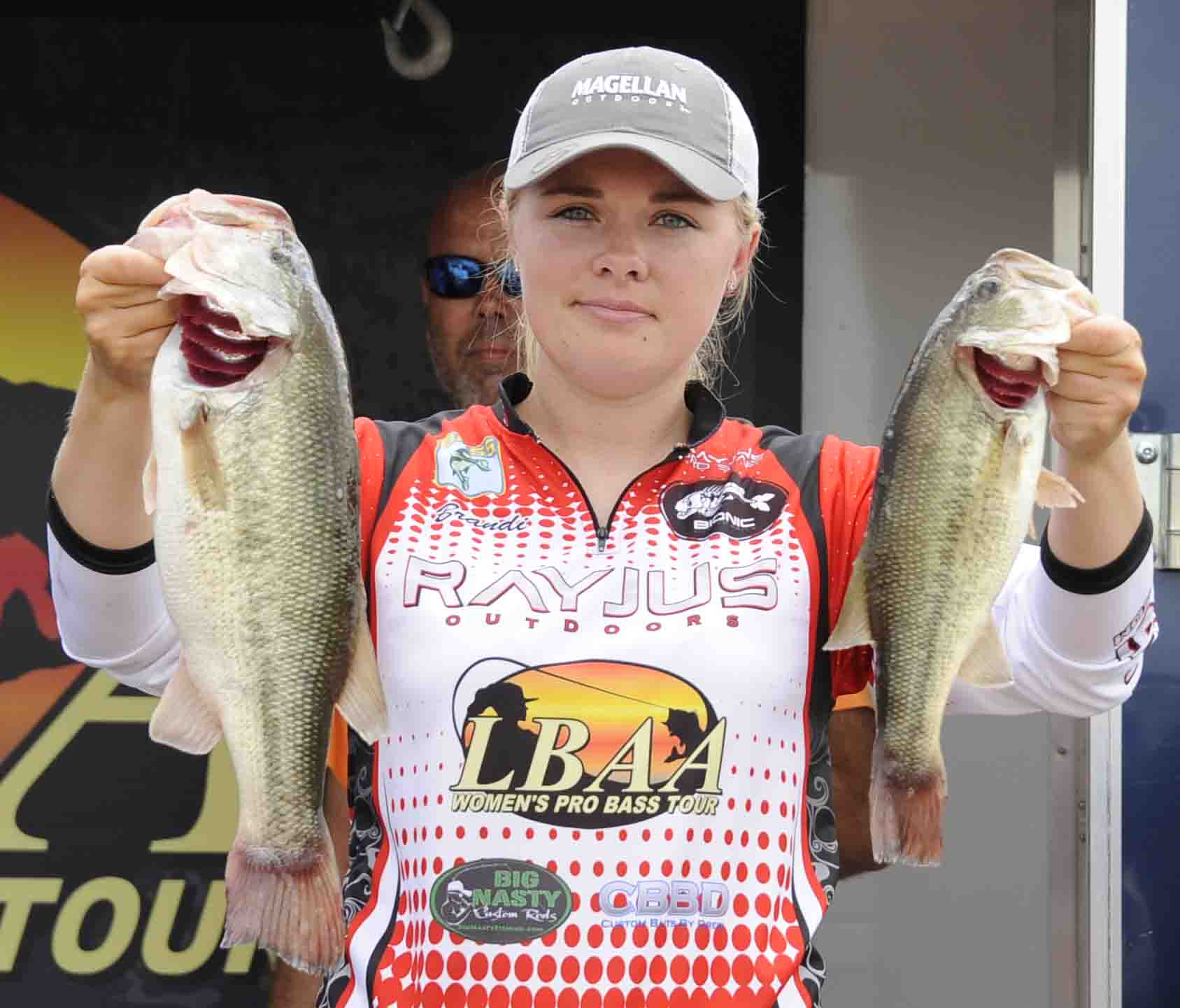 Brandi Vanover, pro-angler of Hanson, Kentucky is the daughter of Tommy and Kim Frasier. She got an early start to fishing. At the age of two she began going fishing with her father. She recalls getting so excited every time she caught a fish that she never wanted to leave. Growing up in a neighborhood full of boys her age, Brandi began to fish more and more as she grew older.

To this day, that experience stands out as my most memorable fishing experience. Just the excitement of getting to meet all of the wonderful ladies from around the world who also loved to fish was beyond words. Knowing I had a chance to compete against some serious anglers solidified that I wanted to be a part of that for the rest of my life.

With the onset of the LBAA, I see an organization that in time will be come a crowded event drawing more and more ladies as the word and excitement spreads.